Clean Air Naturally and Remove Odors in the Process...

Do you own or manage a business where offensive odors from smoke or cooking are a problem? EnviroFix is the guaranteed solution to remove smells that turn away customers.  We treat:

EnviroFix Your Auto or Vehicle
to Remove Stubborn Smells

Do you need to remove car odors?  Whether you’re an auto dealer or a car owner looking to sell or trade-in, car odors can significantly reduce the value of your vehicle.  We treat:

Do you need to remove pet odors or smoke odors or odor from mold & mildew?  EnviroFix is the guaranteed solution to remove smells that plague homes.  We remove:

Client Testimonials
Your job was well done and I went by last Saturday to inspect and treatment made a huge difference. I relayed the… Read More
EnviroFix's Service Area 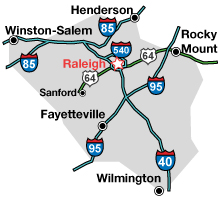